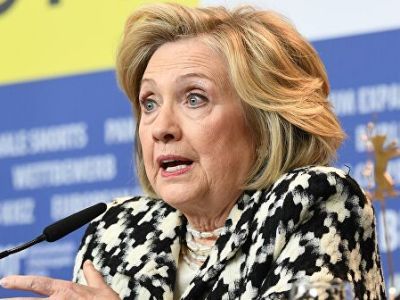 OREANDA-NEWS. Hillary Clinton, who had lost the struggle for the presidency against current US President Donald Trump in 2016, announced her support for the presidential candidate from the Democratic Party Joe Biden in 2020 election.

“I want to add my voice to the many who have endorsed you to be our President,” Clinton said during joint video conference of the two politicians, which was broadcast on the TV channel Fox News. According to her, Biden had been preparing for the presidency all his life, and she herself was happy to work with him for more than one year. Clinton noted that she had an opportunity to observe how Biden had been uniting people. She also mentioned that Biden and she share many common values, for example connected with an attitude to the family.