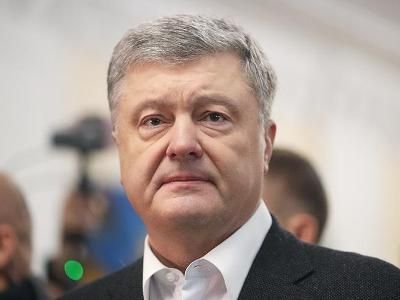 In Ukraine, a New Criminal Case against Poroshenko Was Opened

OREANDA-NEWS. Prosecutor General of Ukraine Iryna Venediktova has opened a criminal case against former country’s president Petro Poroshenko because of illegal actions when appointing judges of the Supreme Court.

“On April 6, 2020, on the basis of an appeal from the Supreme Court of Ukraine, the Prosecutor General entered information into the Unified Register of Pre-Trial Investigations about possible illegal actions of the President of Ukraine, whose powers were terminated, and other persons when issuing decrees… dated 10.11.2017… and 05.05 .2019 “On the Appointment of Judges of the Supreme Court,” the press service of the Prosecutor General’s Office reports.

According to the agency, Poroshenko is suspected of abuse of power, interference in the activities of the judiciary and non-fulfilment of a court decision.