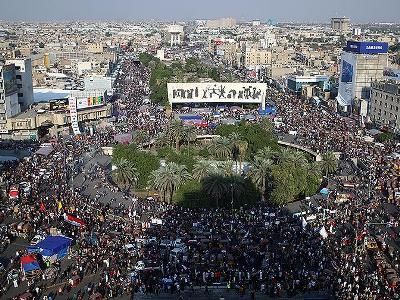 According to journalists, law enforcement agencies used firearms against demonstrators on Al Rashid Street in the central district of the country’s capital. As a result, at least five people died.

On October 25, Iraqi policemen opened fire to disperse protesters in Baghdad. Then, according to the Iraqi human rights commission, 224 people were sent to hospitals.

On October 1, rallies began in Iraq. The participants protested against poor living conditions, unemployment and corruption in the country. Demonstrators in Baghdad and other cities demanded the resignation of the authorities. In some cities, in particular in the Iraqi capital, the protests that began peacefully turned into riots and clashes with security forces, as a result of which about 230 people died in the current month.

On October 27, Reuters information agency, citing sources in the intelligence services, reported that against the backdrop of protests, Iraqi Prime Minister Adil Abdul-Mahdi ordered the deployment of elite counter-terrorism special forces in Baghdad.

On October 31, the Iraqi Prime Minister agreed to resign, but noted that he would leave the post only if there is an alternative candidate. Iraqi President Barham Salih agreed to hold early elections after the adoption of a new election law, a bill is scheduled to be presented next week.