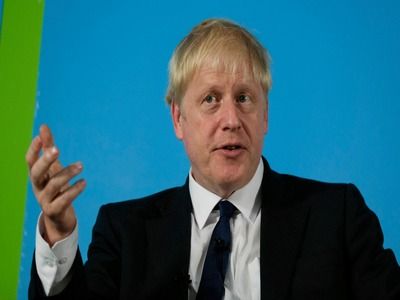 Interstate relationsDiplomatic organizationsMinistries and departmentsPolitics
OREANDA-NEWS.The former British Foreign Secretary wrote an article for the Daily Telegraph, joining the polemics with Russian President Vladimir Putin about whether liberalism has outlived itself. According to him, the UK has the opportunity to prove their point of view, finally leaving the European Union. According to Johnson, the important features of a liberal democracy are the equality of all people before the law and the ability of everyone to express their position in voting. “The EU system deprives such an opportunity, because for many years it has been about centralizing power in Brussels in the sense that an absolute minority of politicians had”, Johnson said.

The politician who claims to be the head of the UK government explained that this is why citizens came out for Brexit. “If we don't leave the EU on October 31, it will undermine citizens' confidence in politics. And when will we do it then? On Christmas? Never?”, Wondered Johnson. According to him, the UK won't differ in anything from the countries where the voting is held, formally people are asked for their opinion, but no one pays attention to it. “For example, as in Moscow, where the same team mysteriously remains in power all the time”, he wrote.

The article by Vladimir Putin that caused criticism of Johnson was published last week in the Financial Times. In it, the head of the Russian Federation said that the modern so-called liberal idea had simply outlived itself. “Our western partners recognized that some of its elements are unrealistic”, Putin said.

Answering a question from a journalist during a press conference at the G20 summit in Tokyo, Putin said that he was surprised by so much attention to the FT interview that he considered passing. At the same time, he noted that in speaking of outdated liberalism, he meant sexual diversity and multiculturalism, with which, according to Putin, many Europeans disagree.
Source: OREANDA-NEWS
Поделиться в соцсетях:
Подписаться на наши группы: Instagram | VK | Facebook | Twitter
Rate this article: