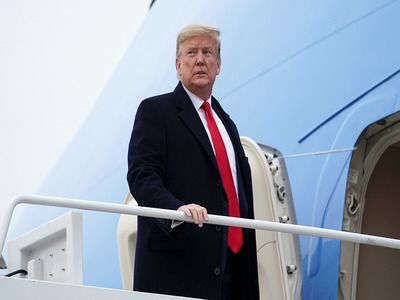 Journalists Learned about Trump's Desire to Meet with Putin

International activitiesPoliticsEventsState management
OREANDA-NEWS. US President Donald Trump sought to meet with Russian counterpart Vladimir Putin before he officially assumed office in January 2017, according to two The Washington Post journalists, Philip Rucker and Carol Leonnig, in their book about the American leader, A very stable genius.

According to their information, Trump so much wanted this, that during the transition period after the election he interrupted the interview with one of the candidates for the post of Secretary of State in order to ask a question in connection with this keen desire.

According to reporters, after the first personal talks between the two presidents at the G20 summit in Hamburg in July 2017, Trump “quickly proclaimed himself an expert on Russia”. In particular, he began to reject the opinion of then-Secretary of State Rex Tillerson, who in the 1990s was a representative of the oil company ExxonMobil in Moscow, met with Putin several times and was the holder of the Order of Friendship.

In early January, Business Insider cited yet another book about Trump, written by journalist Peter Bergen. It stated that at the end of January 2017 - shortly after the inauguration and during the visit of then Prime Minister Theresa May to Washington - the president scolded White House employees who did not inform him of the missed call from Putin.
Source: OREANDA-NEWS
Материалы по теме: