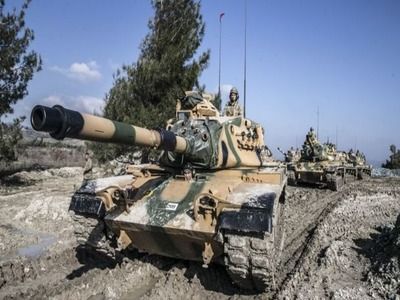 Interstate relationsMilitary securityPoliticsMinistries and departments
OREANDA-NEWS. The head of the British Foreign Ministry, Dominic Raab, made a statement that the Turkish military operation in Syria plays into the hands of Russia and Syrian President Bashar al-Assad. He said this, speaking in the House of Commons of the Parliament of the United Kingdom.

"These are not the actions that we expected from an ally, they are reckless, counterproductive and play directly into the hands of Russia and the Assad regime", he said. "I can’t imagine a situation where such a close NATO ally would behave in this way. This raises concerns about humanitarian issues, about the counter-terrorism struggle", he said. "We must make it clear to our Turkish partners and allies that they must abandon this invasion", Raab emphasized.

On October 9, Turkish President Tayyip Erdogan announced the launch of a new cross-border operation in Syria called the Source of Peace. Secretary of State Michael Pompeo said that Washington didn't give “green light” to Ankara, and US senators from both parties hastily drafted a bill on sanctions against Turkey.
Source: OREANDA-NEWS
Материалы по теме: