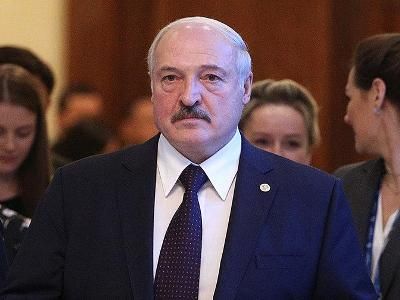 Lukashenko Told about Possibility of Abolition of Death Penalty in Belarus

OREANDA-NEWS. The President of Belarus Alexander Lukashenko stated that the death penalty can be abolished in the country only by a referendum of its citizens.

Austrian President Alexander Van der Bellen recalled earlier that Belarus would not be able to join the Council of Europe until the capital punishment is not abolished.

“The European Union… requires us to abolish the death penalty, and, of course, we cannot be indifferent to this… Very often, we conduct polls about the abolition of the death penalty. Nothing has changed since the issue was resolved in a referendum. The question arises: is this matter worth being put to a referendum today to get a negative answer? I think it’s not worth it,” Lukashenko said at a press conference which was held after talks with the Austrian leader.

At the same time, Lukashenko mentioned that the authorities of the republic “are moving in this direction.”

Lukashenko is on an official visit to Austria on November 11–12. In addition to negotiations with his Austrian counterpart, the President of Belarus will meet with the Chairman of the Austrian National Council (lower house of parliament) Wolfgang Sobotka.

Belarus is the only country in Europe where the death penalty exists. In 1996, the question of the abolition of capital punishment was submitted to a national referendum in Belarus. Almost 80.5 % of those who took part in it voted to keep the death penalty. Nowadays it is called the main obstacle to the restoration of Belarus in the status of a special guest in the Parliamentary Assembly of the Council of Europe.