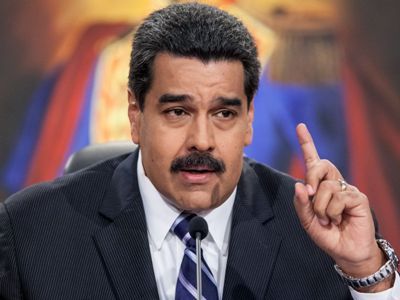 OREANDA-NEWS. Venezuelan President Nicolas Maduro sent a letter to world leaders asking for support in the fight against persecution by the United States.

The Embassy of the Bolivarian Republic in Moscow provided TASS news agency with the text of the document. The Venezuelan leader drew attention to the fact that at a time when countries should be concerned about the situation associated with the spread of coronavirus infection, the United States continues to adhere to its line to exert maximum pressure. The new step was the accusation of involvement in drug trafficking, put forward by the American authorities against senior officials of Venezuela, including Maduro himself.

“In the face of such serious circumstances, I ask for your invaluable support because of this inconceivable and arbitrary persecution, carried out through an updated version of the obsolete McCarthyism unleashed after the Second World War. […] Condemning and neutralizing these unjustified attacks on Venezuela today would be very useful to prevent Washington from conducting similar campaigns tomorrow against other nations and governments of the world,” Maduro’s letter reads.