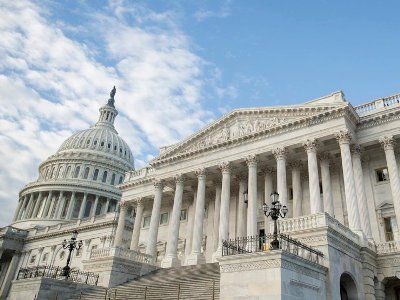 Meetings of the US Congress Are Suspended until May

OREANDA-NEWS. Both houses of the Congress of the United States will not hold meetings until May because of the spread of coronavirus infection. According to the newspaper The Hill, the Senate announced the suspension of work on April 14, and the House of Representatives adopted the same decision a day before. Publication reports that the activities of US Congress will resume not earlier than May 4.

“As the country continues working together to flatten the curve, following the advice of health experts, the full Senate is not expected to travel back to Washington D.C. sooner than Monday, May 4,” the leader of the Republican majority in the upper house of the Congress, Mitch McConnell said.

On March 29, US President Donald Trump announced the extension of quarantine restrictions in the country until April 30.
Source: OREANDA-NEWS
Другие новости: