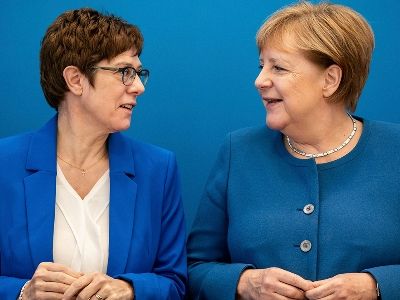 Merkel Refused to Interfere in the Election of Her New Successor

OREANDA-NEWS. German Chancellor Angela Merkel, speaking at a press conference, said that she would not interfere in the process of electing the leader of the Christian Democratic Union (CDU).

The head of the German government made this statement after the current party Chairwoman, Annegret Kramp-Karrenbauer, announced the decision to resign from her post.

“I will not interfere with the question of who will lead the CDU in the future or will be a candidate for chancellor,” Merkel stated. According to the politician, her experience teaches her that predecessors should not interfere in such processes. At the same time, the Chancellor added that this does not mean that she will not talk with future candidates.

Merkel refused to be reelected as a head of CDU in intra-party elections in October 2018, and announced that after 2021, when her term of office of the head of government expires, she would not apply for any political posts.