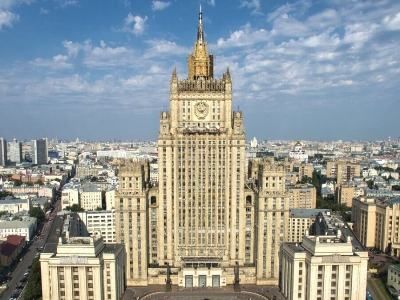 Moscow Accused Kiev of Cancellation of Positive Dynamics in Donbass

OREANDA-NEWS. A statement published on April 2 on the website of the Russian Ministry of Foreign Affairs says that the refusal of Ukraine to comply with the agreements on the settlement of the conflict in the Donbas cancels the positive dynamics in this matter.

“During the telephone conversations, the assistants of the Normandy leaders Berlin and Paris, under various pretexts, avoided supporting the agreements between Kiev and Donbass. Following this, at a meeting of the Contact Group on March 26, Kiev also refused these agreements. We have got the impression that the Ukrainian negotiators did it not without prompting from the outside,” the report reads.

On March 31, Ondriy Yermak, the head of the Office of the President of Ukraine, stated that Kiev would not negotiate with representatives of the self-proclaimed republics of Donbass. According to him, the format of negotiations in Minsk remains unchanged: Ukraine, Russia and the Organization for Security and Cooperation in Europe.