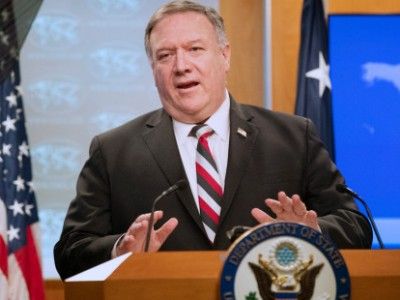 OREANDA-NEWS. TASS news agency cities a source in the Russian Foreign Ministry who told that the statement of US Secretary of State Mike Pompeo about Moscow’s responsibility for the killing of dozens of Turkish military in Syria is a “downright lie.”

The fact that the words of American politician are considered to be “false information” was also reported by RIA Novosti with reference to an interlocutor in the Russian diplomatic agency. The latter suggested that Washington is pursuing such information policy, since “it was the United States that was actively fomenting a conflict in this country.”

Earlier, Pompeo blamed Moscow for the deaths of Turkish servicemen in Syrian governorate of Idlib. “We believe Russia has killed dozens of Turkish military personnel in Syria,” he said. The Secretary of State also added that Washington would support Ankara as a NATO ally.
Source: OREANDA-NEWS
Материалы по теме: