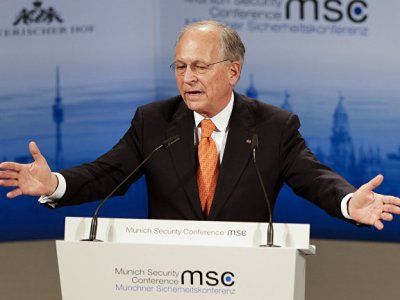 OREANDA-NEWS. At the opening of the Munich Security Conference, its leader Wolfgang Ischinger declared that tense relations with Russia and climate change would be two important topics of the meeting. He proposed to have “as much dialogue as possible and as much defense as necessary” with Russia. The politician emphasized the need to “keep the door open” for Moscow adding that “peace or security is only possible with Russia.”

Russian Ambassador Accused the United States of Interfering with Humanitarian Aid to SyriaOreanda.ru | 11.02.2021 11:15:39