North Korean Parliamentarians Will Come to Russia in 2019 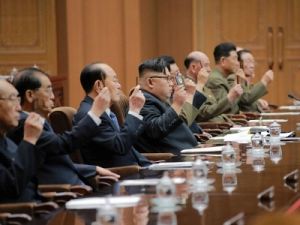 OREANDA-NEWS The delegation of the Supreme People's Assembly of the DPRK plans to come to Russia before the end of the year, the exact dates of the visit will be agreed later. This said on Thursday the Head of the group on cooperation of the Federation Council with the DPRK Parliament Oleg Melnichenko.

"At the meetings it was said that the visit of the DPRK parliamentarians to Russia will take place before the end of 2019, specific dates will be discussed later," the Senator said.

According to the press service of the Federation Council, the senators during the trip discussed the mechanisms of cooperation between twin regions and cities of Russia and North Korea. It is reported that the North Korean delegation will take part in events dedicated to the Foundation of Khabarovsk. In addition, the meetings discussed specific areas of cooperation in the field of culture and education.

During the visit, a member of the Russian delegation Alexander Bashkin suggested that the North Korean side consider the educational institutions of the Astrakhan region, which he represents in the Federation Council, as the basis for training specialists in medical and engineering specialties.

The Federation Council delegation was in North Korea on a working visit from 16 to 21 March. The trip took place at the invitation of the North Korean side and was timed to the 70th anniversary of the agreement on cooperation between the DPRK and the USSR, which was signed on March 17, 1949. In addition to the Chairman of the friendship group, the delegation also included Deputy Chairman of the SF Committee on constitutional legislation and state construction Alexander Bashkin and first Deputy Chairman of the Committee on international Affairs Sergey Kislyak.