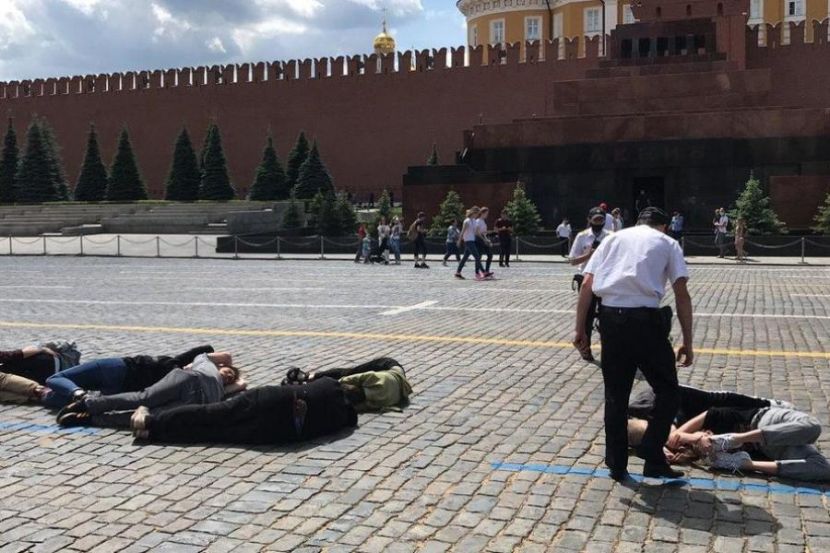 On the Red Square in Moscow, a Group of Political Activists Was Detained

OREANDA-NEWS. Moscow police officers detained activists who laid out with their bodies the numbers 2036 on Red Square.

This number means the year until which current president Vladimir Putin will be able to remain a head of state if amendments to the Constitution of the Russian Federation come into force. One of them provides for a refusal to take into account Putin’s previous presidential terms.

Eight people took part in the action, including municipal deputies of the Basmanny District of Moscow, Viktor Kotov and Lyusya Shtein.

The detainees were taken to a police station. After a while, they were released without compiling protocols.

Voting on amendments to the Constitution was originally supposed to take place on April 22, but was postponed to July 1. However, in fact, citizens could vote starting from June 25.