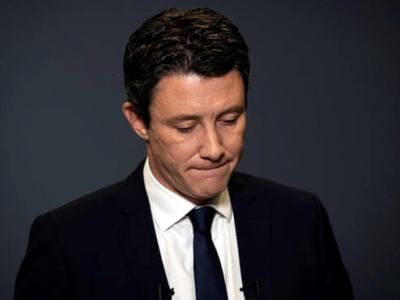 OREANDA-NEWS. Benjamin Griveaux, a candidate from the ruling political party La Republique En Marche!, a close ally of the French President Emmanuel Macron, withdrew from the scheduled for March 15–22 election of the mayor of Paris after posting on the Internet a video exposing his adultery.

The tape was published by Russian artist Pyotr Pavlensky who fled from Moscow in 2017 under the threat of a criminal prosecution and received political asylum in France.

“My family does not deserve this. Nobody should ever be subjected to this kind of abuse,” Griveaux said in a statement after an extraordinary meeting at his campaign headquarters. “For more than a year, my family and I have been subjected to defamatory remarks, lies, rumours, anonymous attacks, the revelation of stolen private conversations and death threats. As if all this was not enough, yesterday a new level was reached.” The politician urged his supporters not to comment on the news.
Source: OREANDA-NEWS
Поделиться в соцсетях:
Подписаться на наши группы: Instagram | VK | Facebook | Twitter
Rate this article: