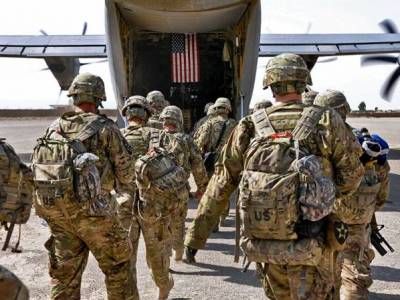 Pentagon Prepares for Complete Withdrawal of Troops from Afghanistan

OREANDA-NEWS. The NBC television channel reported with reference to representatives of the Pentagon that it began to prepare a plan for the complete withdrawal of troops from Afghanistan.

According to the sources of information, the preparation is at the planning stage and is being carried out as a precautionary measure in case US President Donald Trump unexpectedly makes a statement on the full withdrawal of troops from Afghanistan, as it happened with Syria. The channel said that at the moment, there have been no orders from the White House on the complete withdrawal of troops.

Earlier, the New York Times reported that the United States has already begun to reduce its military presence in Afghanistan and has withdrawn 2 thousand military men, despite the absence of an agreement with the Taliban.

Earlier, US Secretary of Defense Mark Esper said that the United States could reduce its military presence in Afghanistan to 8.6 thousand people without the detriment to the counter-terrorist operation against the groups Al Qaeda and the Islamic State.

In recent months, the USA has been negotiating with the Taliban on the settlement of the situation in Afghanistan. In early September, Zalmay Khalilzad, the head of the American delegation at the talks with the Taliban, said that the preliminary version of the agreement provides for the withdrawal of 5 thousand from about 14 thousand US military men over the next 135 days. However, after it the signing of the agreement failed due to the position of the American administration.