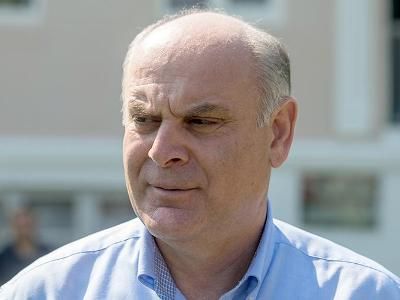 OREANDA-NEWS. Doctors of the hospital in the Russian city of Krasnodar, where the opposition leader and candidate for the presidency of Abkhazia Aslan Bzhania was hospitalized, diagnosed him with “poisoning with an unknown substance.” RIA Novosti news agency wrote it on March 3, citing a source in medical circles of the Krasnodar Krai.

Bzhaniya was hospitalized in Sochi on March 2. A medical coma was induced, and then the patient was transferred to a Krasnodar clinic. According to journalists’ interlocutor, making any forecasts on his health is still difficult.

In early January, Bzhania became one of the organizers of the protests against the current President of Abkhazia, Raul Khadjimba. The opposition demanded that the results of the election of the head of state held in September 2019 be invalidated. On January 10, the Supreme Court of Abkhazia canceled the results of the presidential election, in which Khajimba won, ahead of his opponent Alkhas Kvitsinia by 1 %. On January 12, after negotiations with Khajimba, Bzhania told reporters that he personally handed him a request to resign.

At the moment, acting president of the republic is Valery Bganba who took a post according to the decision of the country’s parliament. The presidential election in Abkhazia is scheduled for March 22.
Source: OREANDA-NEWS
Поделиться в соцсетях:
Подписаться на наши группы: Instagram | VK | Facebook | Twitter
Rate this article: