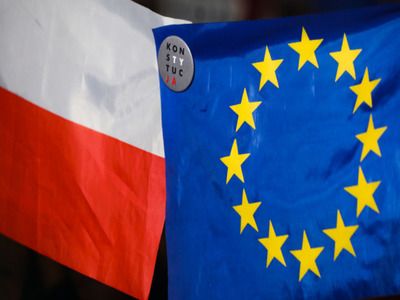 Diplomatic organizationsPoliticsMinistries and departmentsInternational activities
OREANDA-NEWS. Poland may take the place of Great Britain in the European Union, which left the community on January 31. This opinion was expressed in an interview published by the Polish Press Agency on Monday by the head of the Polish Foreign Ministry, Jacek Chaputovic.

According to him, after Brexit, "the EU will be smaller in terms of population, economic potential, military power and influence in the world". "The question is, what role will Poland play after the British exit?", he noted.

According to Chaputovic, the upcoming official visit to Poland by French President Emmanuel Macron to Poland "immediately after Brexit is symbolic in the sense that it refers to Poland as a country that can take the current place of Great Britain". "The British and I presented a similar vision for the EU, based on states, competitiveness and economic liberalism", he said.

G7 Condemns Firing with the Live Cartridges at Protesters in Myanmar