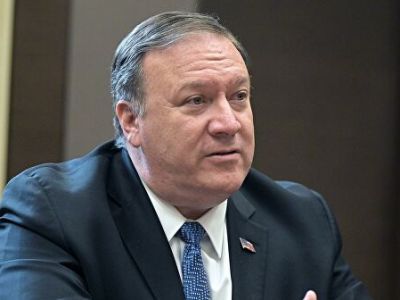 OREANDA-NEWS. US Secretary of State Mike Pompeo said that the White House was thinking about the possibility of making a preventive strike on Iran’s nuclear facilities in order to prevent the emergence of nuclear weapons in this country.

During the broadcast of the Hugh Hewitt Radio Show, the politician was asked whether such preventive strikes were needed in the context of missile attacks from the Islamic Republic on the territory of other countries. “It’s an important question, one we’ve given a great deal of thought to,” the Secretary of State answered. He recalled that earlier US President Donald Trump assured that Iran will never be able to get nuclear weapons, and Tehran, in turn, stated that it was not seeking to possess them.

“We’re going to do all the work that’s needed to be done to ensure that that statement, that commitment that the Iranians claimed that they have made, is real, validated, verifiable, and we never let it happen,” Pompeo concluded.