Poroshenko Declared Readiness to Go Through a Lie Detector Live 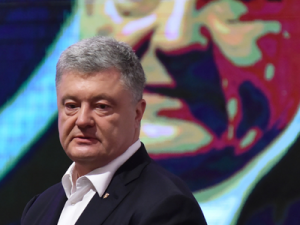 OREANDA-NEWS Former President of Ukraine Petro Poroshenko has been interrogated for more than three hours as a witness at the State Bureau of Investigation of the case of tax evasion when buying and selling the TV channel. At a briefing after it ended, he stated that he was ready to undergo an interrogation using a lie detector.

“I do not trust their leadership, I do not believe in the objectivity and impartiality of the investigation. I’m ready to go through a lie detector on the Live Channel,” Poroshenko said.

“The events that unfold today around the channel give me every reason to say that we are dealing with an attempt to raider capture the channel.”

The director of the State Bureau of Investigation, Roman Truba, previously reported that 11 criminal cases have been filed against Poroshenko, including the case of high treason due to an incident in the Kerch Strait. Petro Poroshenko himself claimed that there was not a single criminal case in which he would be involved in a defendant.