Lukashenko Told about Problems with the Patriotic Education of Young Men 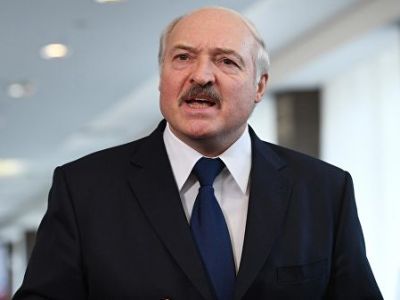 OREANDA-NEWS. The President of Belorussia Alexander Lukashenko said that there has been a conflict between Russia and Ukraine in Donbass since 2014.

“Do not say after my words that this is not a conflict between Russia and Ukraine. Besides, the leaders of unrecognized LPR and DPR (Lugansk and Donetsk People’s Republics. – Ed.) should not be ignored… they also should not be avoided,” the politician stated at a forum in Minsk. “The main thing is that the main parties, Ukraine and Russia, should get involved into the consideration of this conflict and make decisions,” Lukashenko added.

At the same time, the Belorussian leader believes that the war in Donbass cannot be ended without the participation of the United States in the negotiations. According to him, Washington is actively involved in the political and economic processes in Ukraine. “You know how much the United States are immersed not only in the problems of the Crimea, Donbass, the integrity of Ukraine, but also generally in political and economic processes. And the Americans no longer deny it,” Lukashenko said.

The politician also paid attention to the danger of confrontation between East and West. In his opinion, nowadays the degree of tension between them reached the highest limit. The Belarusian leader noted that the recent withdrawal of the United States and Russia from the Intermediate-Range Nuclear Forces Treaty had become “the last frontier.” He is sure that if Moscow and Washington do not agree to extend the treaty, by 2021 nuclear weapons in the world will not be regulated at all. “Human race is advancing with giant strides to the line beyond which there is an abyss,” Lukashenko resumed.