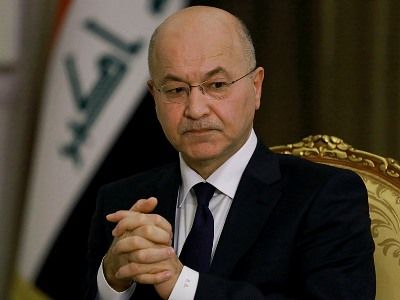 OREANDA-NEWS. The President of the Republic of Iraq, Barham Salih, has submitted his resignation to parliament. The politician said that in the present circumstances, he must leave the post and his actions must correspond to the “will of the people.”

In early December, the Iraqi parliament voted for the resignation of Prime Minister Adil Abdul-Mahdi. He wrote a petition for voluntary resignation amid ongoing protests in the country.

According to the Reuters agency, Salih refused to appoint Asaad Al Eidani from the parliamentary bloc supported by Iran as prime minister. The president stated that he would not approve the candidacy, which would cause dissatisfaction among the protesters. Under the laws of the country, the president does not have the right to reject the candidacy nominated for the post of prime minister.

In the beginning of October, protests began in Baghdad, later they spread to the southern cities of Iraq. Demonstrators accused authorities of massive corruption, low living standards and difficult economic conditions. According to authorities, the total number of victims in two months of demonstrations exceeded 100 people. Reuters reported that at least 339 people died.
Source: OREANDA-NEWS
Материалы по теме: