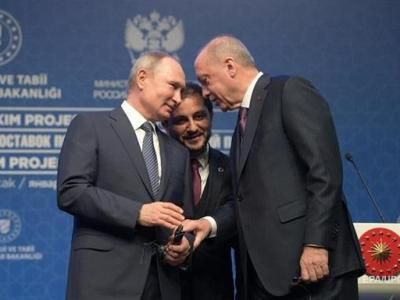 Putin and Erdogan Proposed a Ceasefire in Libya

OREANDA-NEWS. The Kremlin website reports that presidents of Russia and Turkey Vladimir Putin and Recep Tayyip Erdogan announced their commitment to a political settlement of the conflict in Libya and took the initiative of a ceasefire from January 12.

The statement notes that a ceasefire is a priority for launching an inclusive political process under the auspices of the United Nations Organization in Libya. The conflict should be resolved on the basis of the Libyan Political Agreement of 2015, Resolution 2259 and other decisions of the UN Security Council, the report says.

In Libya, the Government of National Accord, recognized by the international community, led by Prime Minister Fayez al-Sarraj, is opposed by the Libyan National Army, headed by Marshal Khalifa Haftar.

The Head of the Pridnestrovian Republic Considers Withdrawal of Russian Troops to Be an “Artificial problem”Oreanda.ru | 02.12.2020 13:11:01