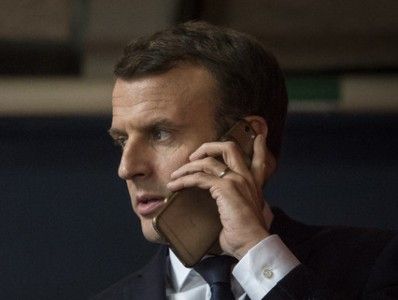 Putin and Macron Talked on the Phone

The politicians expressed concern over the death of the commander of the Quds Force of the Iran’s Revolutionary Guards Qasem Soleimani in Baghdad. “It was stated that this action could seriously aggravate the situation in the region,” the Kremlin’s press service said.

Putin also told Macron about the progress in the implementation of the Russian-Turkish agreements on northeastern Syria and the Governorate of Idlib. The presidents emphasized the need to continue the joint fight against terrorism.

In addition, the presidents expressed a positive assessment of the exchange of prisoners between Ukraine and the self-proclaimed republics of Donbass, as well as the deal on the transit of Russian gas to Europe.

The conversation also touched upon the settlement of the intra-Ukrainian conflict. Putin and Macron emphasized the importance of the consistent implementation of the Minsk agreements and decisions adopted at the Paris summit of the “Normandy Four.”
Source: OREANDA-NEWS
Материалы по теме: