Putin Commented on the Separating of the Forces in Donbass 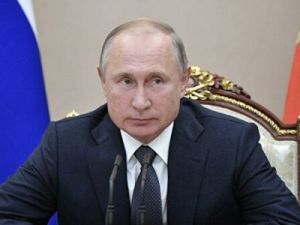 “We agreed on a separation of forces, but now the current president cannot provide the separation of military units and equipment… Nationalist military formations arrived there and declared openly: if the army leaves these positions, we will stand there. And the army does not leave,” Putin said.

The Russian president added that the representatives of the self-proclaimed Donetsk and Lugansk People’s Republics (DPR and LPR) several times signaled their readiness to separate forces, but because of the nationalists the Ukrainian side did not give an answer. “It needs a manifestation of political will,” Putin concluded.

In early October, Kiev agreed on so called Steinmeier formula, which determined the procedure for local elections in Donbass and granting the region a special status. Agreement of this document is one of two key conditions for holding the summit in the Normandy format (Russia, Ukraine, France and Germany). The second condition is the withdrawal of troops in the agreed areas in the conflict zone, which was scheduled for October 7.

However, on this day, the Ukrainian Foreign Ministry said that the process of separating of the forces would not take place because of the shelling by the militants of DPR and LPR. After a second unsuccessful attempt on October 9, the representatives of Donetsk and Lugansk accused Ukraine of disrupting the withdrawal of troops.