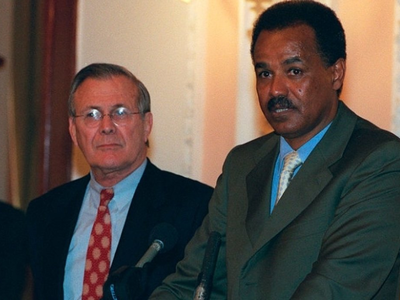 In connection with the adoption of UN Security Council Resolution 2444 of November 14, 2018, which provides for the abolition of measures imposed on Eritrea, I decide to recognize the provisions of Presidential Decree of July 22, 2010 No. 933 “On Measures to Implement UN Security Council Resolution 1907 of December 23, 2009" regarding measures imposed on Eritrea

Since 2009, economic sanctions have been applied to Eritrea, and since 2013 - arms embargo. The removal of the restrictions has been possible against the background of positive developments in the Horn of Africa region, in particular the settlement of disputes on the border between Eritrea and Djibouti, as well as the signing of a peace agreement between Eritrea and Ethiopia.