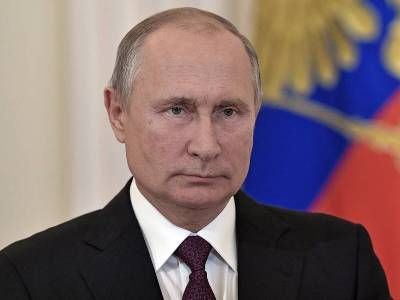 Putin Spoke about His Relations with Zelensky

OREANDA-NEWS. On November 20, the President of Russian Federation Vladimir Putin, being at the forum named “Russia Is Calling!”, spoke about his relationship with Ukrainian leader Volodymyr Zelensky.

“What is my relationship with Zelensky? None! I have never seen him, we are not acquainted with him, we talked on the phone. It seems to me that he is a nice and sincere man,” Putin said.

Russian President also expressed confidence that his Ukrainian counterpart wants to improve the situation in Ukraine, which is proved by real steps, for example the separation of forces on the contact line in the Donbass.

Earlier, Putin expressed hope for a personal contact with the Ukrainian leader. The head of state noted that Zelensky is a good actor and talented person, speaking about his performances in KVN ("Club of the Funny and Inventive People", Russian humour TV show and an international competition of teams).

Zelensky stated earlier that he wanted to say a lot to the Russian leader and even thought out the first sentence: “Let's start with the fact that Donbass and Crimea are Ukraine.” Despite Zelensky said that he does not fear Putin, Ukrainian president considers the telephone conversation with the Russian leader to be the most difficult moment during his presidency.

Earlier, the former president of Kazakhstan, Nursultan Nazarbayev, said that he proposed to organize a personal meeting between the leaders of Russia and Ukraine. The Kremlin spokesman Dmitry Peskov, commenting on this statement, said that it was too early to talk about the possibility of a bilateral meeting between Putin and Zelensky. Kiev also rejected the holding of a meeting of the two politicians in the immediate future.