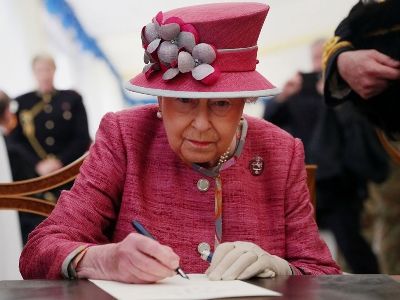 OREANDA-NEWS. Queen Elizabeth II of Great Britain signed an agreement on the country’s exit from the European Union, earlier approved by both houses of the Parliament.

This was stated in a message by the Leader of the House of Commons, Jacob William Rees-Mogg, published on Twitter. The signing of the law was also announced by Vice-Speaker of the House Nigel Evans during a speech in the lower chamber. A video with this moment appeared on Twitter of the Department for Exiting the European Union.

The monarch’s signature means the completion of all legal formalities within the UK related to the country’s exit from the international organization. Now it should be finally approved by Brussels and the European Parliament.

Russian Ambassador Accused the United States of Interfering with Humanitarian Aid to SyriaOreanda.ru | 11.02.2021 11:15:39