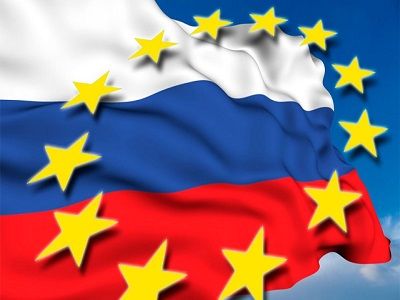 OREANDA-NEWS Moscow does not agree with the decision of the arbitrators in August. They only partially proved the illegality of the EU's actions to limit gas supplies via the OPAL pipeline.

Russia filed a counter-appeal to the dispute settlement Body of the world trade organization (WTO) on the dispute over the third energy package of the European Union. This was reported by representatives of the press service of the Ministry of Economic Development.

On September 21, the European Union filed an appeal against the decisions of the Arbitration group in favor of Russia.

"A counter-appeal shall be filed if one of the parties to the dispute files an appeal. According to the WTO rules, in the near future the parties will also have to provide answers to each other's claims," explained  the Ministry of Economic Development.

It is about the dispute "the EU and its member States — measures in relation to the energy sector" and the decision of the panel of Arbitrators in this case in August. The Russian Agency filed a counter-appeal to the WTO, as before the appeal against the court's decision was sent by the European Union.

Russia has been conducting proceedings on the third energy package in the WTO since 2014. The European law prohibits gas producing companies from owning trunk pipelines in the region. In total, Moscow disputes the legitimacy of the six blocks of this document.

The panel of the WTO on August 10 declared illegal the part of EU law in the framework of this energy package. Among them-the requirement to sell gas on the stock exchange and restrictions on the supply of gas from Russia through the OPAL pipeline, including 50 percent use of the facility and discrimination of gas transmission network operators under the control of foreigners in Lithuania, Hungary and Croatia.

The Ministry of Economic Development pointed out that this decision of the WTO allows us to count on the fact that the EU will not apply a discriminatory regime to Gazprom's projects in the region.

Nevertheless, the WTO has not sided with Russia on the fundamental principle of the third energy package of the EU-the need to separate production and transportation of gas companies. In General, Gazprom was satisfied with the decision. The Ministry of economic development stressed that some decisions of arbitrators are incorrect.