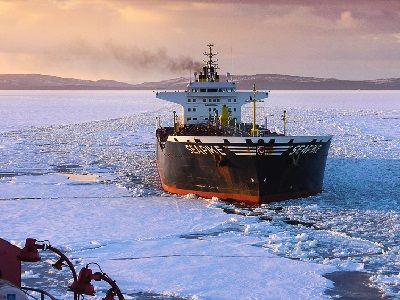 Russia Will Develop a Plan to Realize the Arctic Potential

OREANDA-NEWS The government of the Russian Federation jointly with Rosatom, Russian Railways and other companies until March 11, will prepare a comprehensive project for the implementation of the mineral resource and logistics capacity of the Arctic, the Agency will also develop a system of preferences for new Arctic projects, follows from the instructions of the Chairman of the government Dmitry Medvedev.

Ministry of Nature, Ministry of Energy, Ministry of Industry and Trade together with Rosatom State Corporation, senior officials of the constituent entities of the Russian Federation that are part of the Arctic zone of the Russian Federation and related to the regions of the Far North, Russian Railways and other interested organizations to prepare a comprehensive project "Implementation of the mineral and logistics potential of the Arctic", the order says. The deadline for execution of the order is March 11, 2019.

In addition, the Ministry of transport, the Ministry of natural resources, the Ministry of economic development, Minvostokrazvitiya and Rosatom have been instructed to study the issue of updating the integrated project for the development of the Northern Sea Route by February 15, taking into account the comprehensive plan for the modernization and expansion of the main infrastructure for the period up to 2024.

Medvedev in mid-December held a meeting on the development of the Arctic in the village of Sabetta in the Yamal-Nenets Autonomous district. He also took part in the ceremony of bringing the Yamal LNG project to its full design capacity of 16.5 million tons of liquefied natural gas.

Ministry of Economic Development, Ministry of Energy, Ministry of Natural Resources and Ministry of Industry and Trade on the basis of plans of operators of Arctic projects will prepare forecast data on cargo flows in the Eastern part of the Northern Sea Route (from the Vilkitsky Strait to the Bering Strait) for the period up to 2040.

The main direction of development of the Northern Sea Route is associated with the export of mineral raw materials and depends on the implementation of investment projects for the extraction of mineral resources (Varandey, Yamal LNG, Dixon, New Port, Dudinka, Norilsk - a total of 15 existing and promising projects, 11 of which are associated with the development of oil and gas, four - ores and coal). In 2016, the volume of cargo transportation along the Northern Sea Route amounted to 7.5 million tons. By 2020, the planned increase in the capacity of the ports of the Arctic basin will be about 40 million tons (due to already implemented projects in the ports of Sabetta and Murmansk).