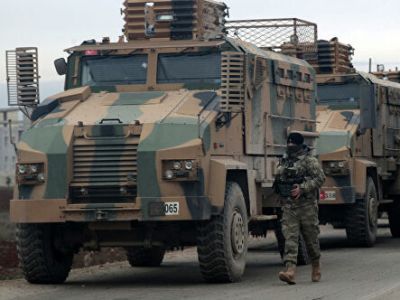 OREANDA-NEWS. The Ministry of Defense of the Russian Federation stated that the words of Turkish President Recep Tayyip Erdogan about Russian troops’ attacks at civilian residents in Syria do not correspond to reality. The agency emphasized that the activities of the Russian military and the Center for the Reconciliation of Opposing Sides in the Idlib de-escalation zone are carried out solely on the basis of the Sochi agreements.

Foreign Ministry spokeswoman Maria Zakharova also said that Russia “does not accept” Turkey’s charges of attacks on civilians in the governorate of Idlib. She confirmed that Moscow and Ankara have “divergence of opinion” regarding the situation in the Arab Republic. According to the diplomat, Russian experts recently traveled to Turkey to “clarify and specify all complex, difficult issues.”
Source: OREANDA-NEWS
Материалы по теме: