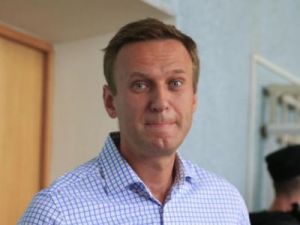 OREANDA-NEWS. One of the district courts of Moscow condemned opposition leader and popular blogger Alexei Navalny to 10 days of administrative arrest for participating in an unauthorized march in support of the journalist Ivan Golunov on June 12. The protest came after policemen dropped drug charges against investigative journalist.

The judge declared Navalny guilty of committing an administrative offense under Part 8 of Article 20.2 of the Administrative Code “Repeated violation of the established procedure for organizing or holding a meeting or rally”. The political activist and his advocates are going to appeal court’s decision. Navalny wrote on his page in Twitter after the verdict: “It’s unpleasant, but I think I did the right thing. If we remain silent and sit at home, the arbitrariness will never stop.”

On June 12, an unauthorized meeting in support of Golunov took place in the center of Russian capital (the action was planned before the journalist was released and the Minister of Internal Affairs Vladimir Kolokoltsev declared his innocence). The ministry said that about 1,200 people participated in the unauthorized rally. More than 200 participants were detained for committing administrative offenses under Article 20.2 of the Administrative Code “Violation of the established procedure for organizing or holding a meeting, rally, demonstration, procession or picketing”. One of them was Navalny who has served several stints in jail in recent years for organizing anti-government demonstrations.

The European Court of Human Rights in November 2018 ruled that Russia’s repeated arrests and detention of Navalny in 2012 and 2014 were politically motivated and breached his human rights. The Kremlin called the decision of Strasbourg Court questionable.