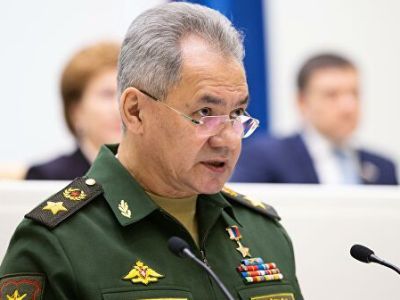 OREANDA-NEWS. Russian Minister of Defense Sergey Shoygu asked the head of the Investigative Committee Alexander Bastrykin to prosecute foreign officials responsible for the demolition of monuments to Soviet citizens.

The military department reports that its head told about the “most odious representatives of state and local authorities” who make decisions on the demolition of Soviet memorial structures. “In particular, on April 3, 2020, in Prague, on the initiative of the head of the Prague 6 District Kolar, a monument to Marshal of the Soviet Union I. S. Konev was dismantled,” Shoygu recalled.

Soviet monuments are also demolished in Poland. In the summer of 2017, President Andrzej Duda signed amendments to the law banning the propaganda of communism or another totalitarian system in the names of buildings, objects and premises for public use.