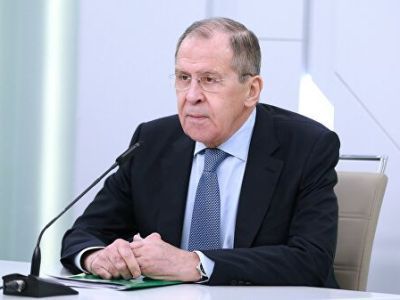 OREANDA-NEWS. Russian Foreign Minister Sergey Lavrov believes that all versions of the emergence of a new coronavirus should be studied in unprejudiced manner in order to learn lessons and prepare for possible new epidemics.

In an interview with Kommersant newspaper, Lavrov noted that the British and Americans accuse China of not informing everyone in time, and the Republicans and Democrats say Donald Trump did not attach importance to the potential threat. “In the opposite direction there are comments with evidence to the contrary,” the Minister said, being asked a question connected with the “conspiracy version regarding the causes of the current pandemic.”

The head of the Foreign Ministry mentioned that he is well aware of several advanced versions of the origination of a new coronavirus which were proposed in the USA, Great Britain, China and other countries.
Source: OREANDA-NEWS
Материалы по теме: