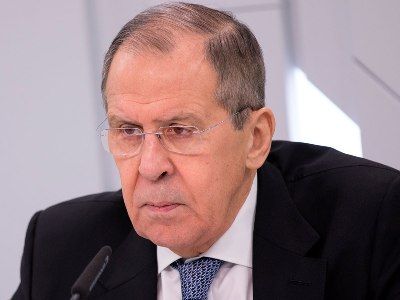 OREANDA-NEWS. It is pointless to hold a summit in the Normandy format scheduled for April because of the position of the Ukrainian authorities. This was stated by Russian Foreign Minister Sergey Lavrov.

“There can be no talk of any summit, because everything that was agreed in Paris is blocked in the work of the Contact Group and in the activities of the Ukrainian parliament and the Ukrainian government, because of the position held by the Kiev authorities,” the diplomat said during online lectures for students of MGIMO University. Lavrov noted that Andriy Yermak, the head of the Office of the President of Ukraine, and Dmitry Kozak, the deputy head of the Russian leader’s administration, made efforts to move towards political agreements on the Donbass. “Accusations of high treason are voiced because Mr. Ermak dared to discuss how… to implement the Minsk agreements,” Russian Foreign Minister added.

Nevertheless, at the end of this week, a meeting of foreign ministers of the Normandy Four countries is planned to be held in a video conference format.