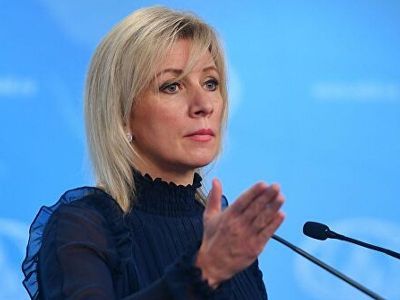 OREANDA-NEWS. Russian Foreign Ministry spokeswoman Maria Zakharova declared that attempts of the United States to erase the borders between non-strategic and strategic atomic weapons may lead to an increase in the threat of a nuclear conflict.

According to her, the statement of the US Department of State, published on April 24, reported of the creation of low-power nuclear warheads W76-2 and equipping with them ballistic missiles of Trident 2 submarines, and this attracted the attention of the Russian diplomatic agency. Moscow believes that intention to develop this weapon under the guise of a defensive reaction from building up the nuclear potential of Russia and China is a dangerous step that could lead to destabilization.

Zakharova also emphasized that any attack with using these ballistic missiles will be considered a nuclear blow.
Source: OREANDA-NEWS
Материалы по теме: