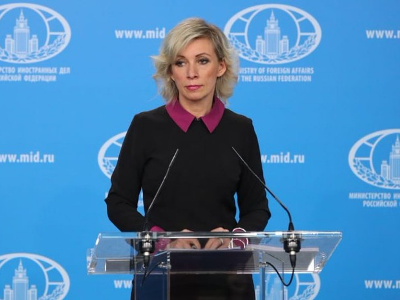 According to her, employees of the Ministry of Defense, appointed by the UN Secretary General to the organization’s departments, are forced to wait for the issue of an American visa for months, and sometimes for more than a year. “There are outrageous cases when the visas of Russian employees already working in New York are not renewed, which actually puts them in a situation when they are forced to complete the contract and return to Russia,” the diplomat said. According to her, the Americans use the “administrative resource” for unfair competition and the removal of Russian officials from their posts, as well as for the appointment of their own military men to these positions.

“It is noteworthy that all this happens with the clear connivance of the UN Secretary General, Antonio Guterres, who actually ignores the violation of the Charter and the Agreement regarding the UN Headquarters by the United States,” Zakharova resumed.
Source: OREANDA-NEWS
Материалы по теме: