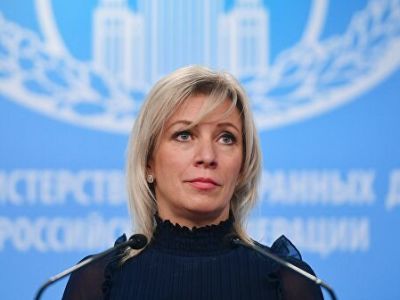 OREANDA-NEWS. Russian Foreign Ministry spokeswoman Maria Zakharova was surprised that no official events are planned in Warsaw for the 75th anniversary of the city’s liberation from German occupation.

“If we talk about an obvious trend, then I can’t understand how it is possible to celebrate the start date of the war and at the same time practically ignore the dates of liberation” Zakharova wrote on Facebook. According to her, the refusal to hold commemorative events in Poland “distorts” the premises of the outbreak of World War II and the situation before it. “At this pace in Europe, anti-fascists will be forced to go underground again,” the diplomat added.

On January 13, the Warsaw mayor’s office announced that it does not intend to hold official events in honor of the 75th anniversary of the liberation from German occupation. This day, a representative of the office will take part in the ceremony of laying flowers at the Tomb of the Unknown Soldier, and that is all.
Source: OREANDA-NEWS
Материалы по теме: