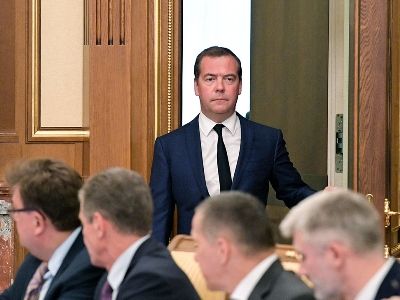 His statement followed the annual address of President Vladimir Putin to the Federal Assembly. At the end of Putin's speech, a meeting of the prime minister and the head of state took place. The Kremlin press service reported that during the meeting they discussed “initiatives proposed by the head of state in the address and issues related to the implementation of his statements.” Putin offered to change the procedure for appointing the head of government, giving the State Duma the right not only to agree on the candidacy of the prime minister, but also to approve him, as well as all other cabinet members.

“These changes… will make significant changes not only to a number of articles of the Constitution, but also to the balance of power as a whole. In this context, it is obvious that we, the government of the Russian Federation, should provide the president of our country with the opportunity to make all the decisions necessary for this,” Medvedev said.

In accordance with Article 117 of the Constitution of Russia, in case of resignation, the government under order of the president continues to act until the formation of a new cabinet.
Source: OREANDA-NEWS
Материалы по теме: