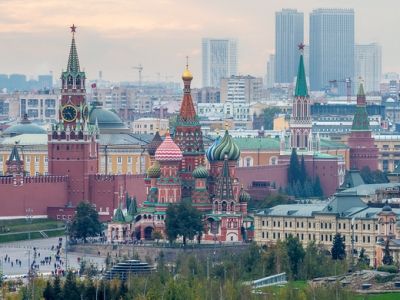 OREANDA-NEWS. The location of federal government bodies not only in Moscow, but also in other cities of Russia was proposed to be fixed in the Constitution of Russia.

Corresponding amendments were offered to the State Duma Committee on State Building and Legislation by the co-chairs of the working group on the preparation of proposals to amend the Constitution, Pavel Krasheninnikov and Andrey Klishas. “It is proposed to introduce a clause on the possibility of placing government bodies in other cities besides the capital. So, in Part 2 of Article 70 after the words saying that the city of Moscow is the capital of the Russian Federation, it would be indicated that the place of permanent location of certain federal government bodies may be another city defined by federal constitutional law,” Krasheninnikov’s press service reported.

Besides, additional restrictions for persons exercising public authority (including the president of the country) may be imposed. This is a ban from storing cash and valuables in foreign banks located outside the Russian Federation.
Source: OREANDA-NEWS
Материалы по теме: