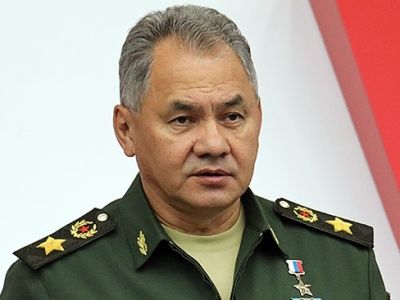 OREANDA-NEWS. Russian Minister of Defense Sergey Shoygu said that Western countries is conducting a large-scale information campaign to discredit the role of the Union State in ensuring regional security and splitting relations between Russia and Belorussia.

“The West justifies its military policy by the far-fetched need to restrain Russia’s allegedly aggressive intentions… Against this background, a large-scale information campaign is conducted to discredit the role of the Union State in ensuring regional security and split fraternal relations between two countries,” Shoygu said at a meeting of the joint collegium of two military authorities.

The situation in the West, according to the minister, “is still tense.” “NATO continues to increase its combat potential and military activity in Europe. It is strengthening its military presence, deploying additional military contingents and offensive weapons. In addition to the US missile defense complex deployed in Romania, a similar system is being created in Poland. Military exercises are being held regularly, and infrastructure of seaports, airfields and other military units… is being modernized. The intensity of intelligence activities has significantly increased,” Shoygu said.

“In contrast to the deployment of North Atlantic bloc troops near our borders… we are forced to take defensive retaliatory measures. In pursuing these aims, we are increasing the potential of our troops and carrying out planned rearmament,” the Minister added.

According to him, the focus now is on “the development of a regional grouping of troops of Belorussia and Russia, joint operational and combat training, as well as the formation of an effective legal basis.”

Speaking about the development of the group of troops of two countries, Shoygu mentioned the exercises Shield of the Union 2019, which were “exclusively defensive.”

The minister believes that nowadays cooperation in the development of the armed forces and the mutual use of military infrastructure should be the priorities of Russia and Belorussia.
Source: OREANDA-NEWS
Подписывайтесь на наши группы: Instagram | VK | Facebook | Twitter
Rate this article:
Print