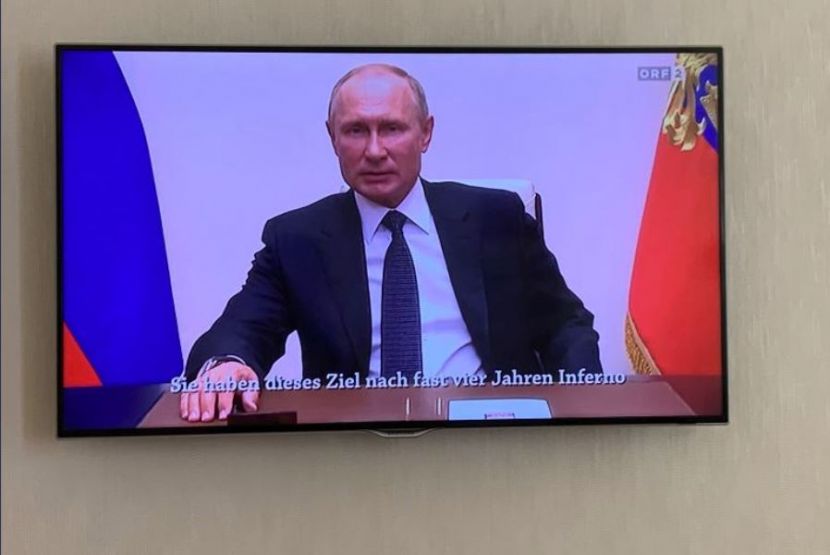 OREANDA-NEWS. Russian President Vladimir Putin spoke on the Austrian television channel ORF2, congratulating the people of the country on the 75th anniversary of the liberation from Nazis.

In his address, the politician recalled that the victory over the fascism “paved the way for the revival of an independent, dynamically developing, democratic Austria,” for the liberation of which more than 26 thousand Soviet soldiers gave their lives in 1945. “They did not spare anything so that we, their descendants, would not know the tragedy of the war. And today we also must do everything so that no one ever dares to unleash it again. This is our shared responsibility before future generations,” Putin said.

The President of Russia thanked the authorities and residents of Austria for their careful attitude to the burial places of the dead Soviet soldiers, and Federal Chancellor Sebastian Kurz for the proposal to appeal to the Austrian people in honor of the 75th anniversary of the victory over Nazism.
Source: OREANDA-NEWS
Материалы по теме: