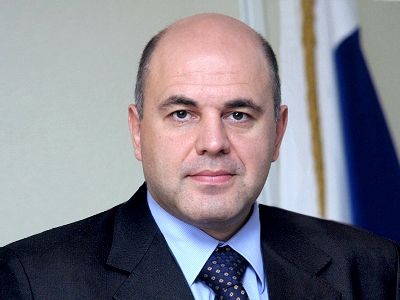 OREANDA-NEWS. The State Duma of the Russian Federation agreed to appoint the head of the Federal Tax Service, Mikhail Mishustin, to the post of prime minister. 383 deputies voted for the approval, no one voted nay, 41 parliamentarians abstained.

Mikhail Mishustin is 53 years old. He was born and studied in Moscow. He worked at the International Computer Club, which was involved in attracting information technologies to Russia, and in 1996 headed this organization. Two years later, Mishustin joined the civil service as an assistant to the head of the State Tax Service for information systems of accounting and control, and then he became its deputy head. He received a similar post when transforming the department into the Ministry of Taxes and Duties in 2004. Subsequently, Mishustin worked at the Federal Agency for Realty Cadastre and the Federal Agency for the Management of Special Economic Zones. In the late 2000s, Mishustin was a President of UFG Capital Partners. Since April 2010, Mishustin has been holding a post of a head of the Federal Tax Service.