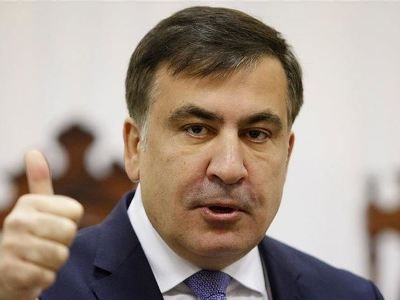 Saakashvili Declared that He Is a Supporter of Peace with Russia

OREANDA-NEWS. Former head of the Odessa Region (Ukraine) and ex-president of Georgia, Mikheil Saakashvili said that he stands for peaceful relations with Russia. Earlier today, he said that he had accepted the offer of Ukrainian President Volodymyr Zelensky to engage in negotiations with the International Monetary Fund (IMF) as vice prime minister.

According to Saakashvili, in matters of relations with Russia and the whole foreign policy of Ukraine, he supports the position of Zelensky. “So far, all his steps demonstrate that he is defending an independent Ukrainian state,” Saakashvili added.