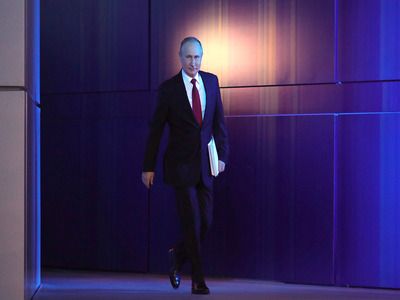 German Chancellor Angela Merkel is almost 10 points behind them - her fame index was 77 points, Pope Francis lost one point to her. The five leaders also included French President Emmanuel Macron (73 points). Among the 13 world leaders whom the respondents were asked about, the Prime Minister of India, Narendra Modi (index 54), turned out to be the least known, he was ahead of Brazilian President Jair Bolsonaru (56) and Iranian President Hassan Rouhani (60).

The inhabitants of the Earth still feel the greatest sympathy for Pope Francis: 53% of respondents are favorable to him, 23% are unfavorable, so his sympathy index was plus 30 percentage points, the survey showed. The Pope is the leader in this indicator for the third year in a row. In Russia, the pope's sympathy index is minus 4 pp.

Angela Merkel and Emmanuel Macron also continue to provoke a positive attitude in the world - plus 15 pp and plus 7 pp respectively. The level of sympathy for Russian leader Vladimir Putin remained at the level of 2018, this is minus 12 percentage points.
Source: OREANDA-NEWS
Материалы по теме: