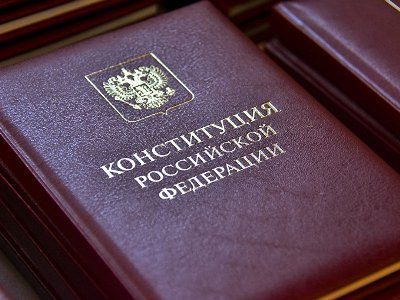 OREANDA-NEWS. According to a survey made by the Public Opinion Foundation, 68 % of Russians believe that the Constitution needs to be revised and amended. In 2018, 66 % of respondents adhered to this point of view. 17 % of the survey participants do not consider it necessary to revise the Constitution (20 % last year).

Respondents who consider it necessary to revise the Constitution were asked what they would like to change. 6 % of them spoke about improving social policy. 5 % proposed amendments aimed at improving people’s living standards. 3 % each spoke about improving the quality of medicine, education, as well as ensuring the protection of the rights of citizens. 2 % each offered abolishing the increase in the retirement age, strengthening the fight against corruption, toughening penalties for crimes, introducing the death penalty, establishment of price controls on food and gasoline, expanding freedom of assembly and freedom of speech, as well as changes related to the President, the parliament, and the government. 1 % each offered to deal with providing affordable housing, to increase the responsibility of officials for their work, to strengthen Russia’s sovereignty, to nationalize natural resources, and to strengthen defense capabilities.

35 % of those who support constitutional amendments found it difficult to clarify what changes should be made.