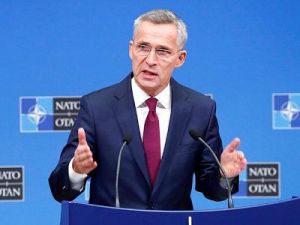 OREANDA-NEWS. On December 3, Secretary General of the North Atlantic Treaty Organization Jens Stoltenberg stated that Ukraine and Georgia will become members of the military bloc, but the terms for their entry have not been established.

“So we have already in place a lot of tools that can be used to strengthen our partnership and help Ukraine move towards a Euro-Atlantic integration,” Stoltenberg said. As for Georgia, the Secretary General told about close political contacts with its leadership. Stoltenberg emphasized that cooperation with Ukraine and Georgia is good for NATO, because these countries send their soldiers to participate in alliance’s combat missions, for example in Afghanistan.

In March, Stoltenberg promised that Georgia would join NATO; in November, he told the same about Ukraine. During his visit to Tbilisi, he called Georgia the partner of the alliance, and in Kiev he said that the opinion of Russia was not significant on this issue. However, in both cases, he did not determine the terms and conditions of entry, but promised to expand support to both countries. For this, in April, NATO member countries agreed on a package of measures for the Black Sea region.

A NATO summit is being held in London from December 3 to 4. 29 member countries of the alliance, as well as representatives of North Macedonia, which will be admitted to NATO a few months later, take part in it.

In the Russian Foreign Ministry, the idea of ​​accelerated Georgia’s joining the alliance was considered to be dangerous.