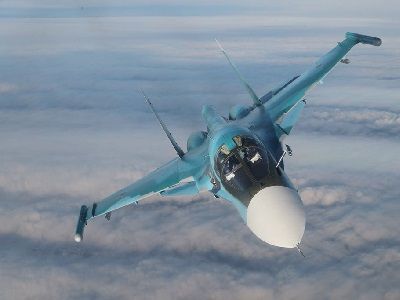 OREANDA-NEWS Russian Air Force Aircraft Violated January, 19 for a short time the air borders of Sweden. This is stated in the message published on the website of the armed forces of the Kingdom.

"On January 19, a Russian Il-20 aircraft made a flight in the Baltic sea area accompanied by two SU-27 Flanker fighters (NATO classification) to the South of Karlshamn in bleking Russian aircraft flew for a short time in the Swedish territory without permission," - noted in a press release.

The Swedish Armed Forces consider the incident a violation. The incident was reported to the government, explained in the message.

As reported by the sun at the end of 2018, the number of violations by foreign States of air, sea and land borders for the period from 2016 to the end of December 2018 was 49 times, of which, according to the Swedish army, three - from Russia. All border violations attributed to the Russian side occurred in the air.

The Russian authorities, for their part, have repeatedly stated that all flights of Russian military aircraft and the movement of ships are carried out in strict accordance with international legal norms.

The Defense Ministry noted that the VKS crews perform scheduled flights over the Baltic sea on a regular basis. The defense Ministry said that the flights are made from the mainland of Russia to the Kaliningrad region and back.

At the same time, on January 24, the Russian Defense Ministry reported that over the neutral waters of the Baltic sea at the Russian border was recorded Swedish reconnaissance aircraft Gulfstream. When exactly this happened, not specified. "To intercept the target in the air was raised SU-27 fighter from the duty forces on air defense, "-  the message of the military Department.

After a foreign aircraft departed from the border, Russian fighter jets returned to the base airport, said the Ministry of Defence.