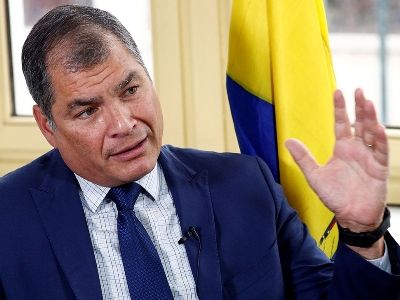 OREANDA-NEWS. Associated Press reports that Ecuadorian court found former president of the country Rafael Correa guilty of corruption in absentia and sentenced him to eight years in prison.

Judge stated that prosecutors established that during the years of Correa’s rule, a corruption system was created in the country, in which the president himself, 19 people from the country’s leadership and several major businessmen participated. The court’s decision means that Correa, who emigrated to his wife’s homeland, Belgium, will not be able to participate in the elections.

Correa criticized the decision of the judges on Twitter. According to him, the verdict is the result of a witch hunt in Ecuador. “We will certainly achieve the truth in international instances, but it will take some time,” ex-president added.